The Breakfast on Andalucía's Day

This week on the occasion of the "Día de Andalucía", I want to bring you something very typical and traditional of the Andalusian people.
This beautiful region in the south of Spain has many beautiful products, both land and sea. They stand out among them; the world-famous Jerez Wine, its variety of fishing, the liquid gold olive oil, "Jamón Ibérico" and its Bread of Antequera. 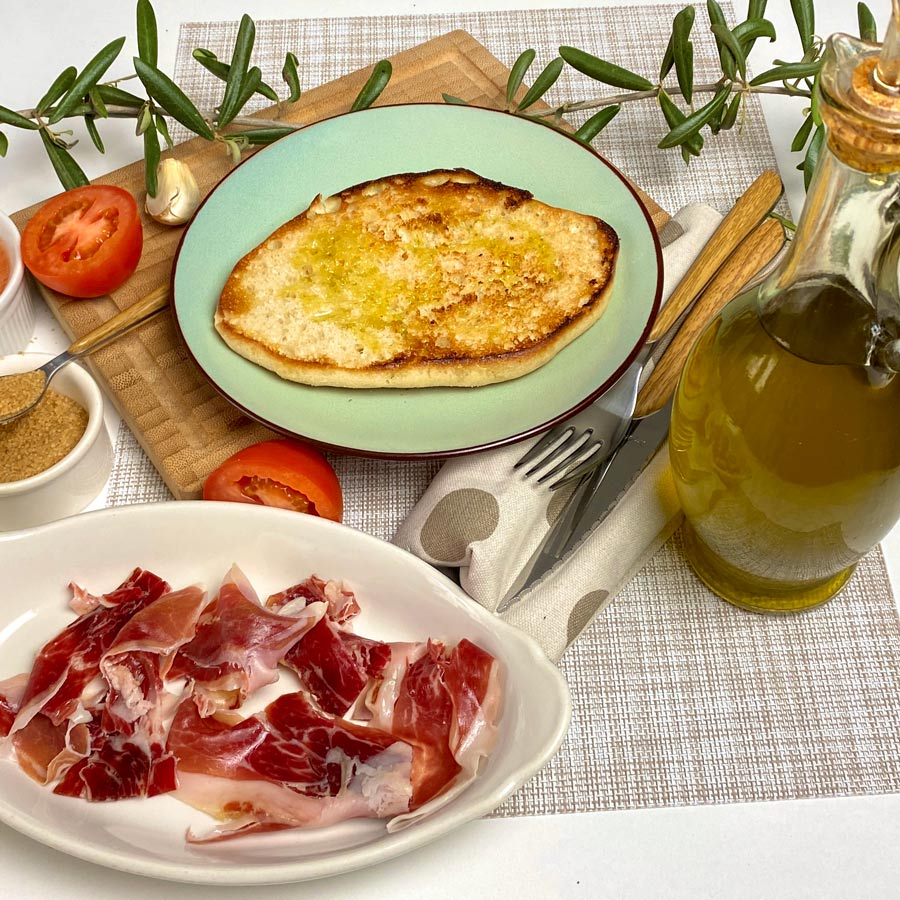 But before telling you more about this traditional breakfast, I would like to tell you about Andalucia's Day.

The 28th of February, every year, many towns hang the white and green flag on their balconies, and festive events are organized in the main squares. Typical folkloric acts occur, such as dances for Sevillanas, flamenco, or other regional manifestations. Also, on this day, you can taste typical products of each area as it is prevalent for gastronomic tastings to publicize their native products.

Why is Andalucía's Day?

Once the dictator Francisco Franco passed away and in the middle of the political transition and the decentralization of the State, various demonstrations had already taken place in the provincial capitals, where around a million and a half Andalusians took to the streets to demand autonomy. After that, the foundations of that self-management began to be laid, which resulted in first writing. The historic Antequera Pact, "El Pacto de Antequera", was signed in the plenary hall of the City Council the 4th of Dicembre 1978.

After the foundations of Andalusian autonomy were laid in Antequera, finally, on February 28, 1980, the ballots went out to the citizens and with them the power to decide. It was not an easy process because the Central Government prohibited any type of propaganda in the national media in favor of the "yes" but in the end , autonomy was won by a majority.
From then, work began on the first Statute of Andalusian Autonomy that would see the light of day in 1981. This document regulates the various institutions in charge of government and administration within the Community. In 2006 a new Andalusian Statute of Autonomy was approved and is currently in place.

If you travel to Andalucia, you will see how in many corners there are displays of affection and monuments that recall the father of the Andalusian homeland, Blas Infante. This man from Malaga has been the greatest ideologist of Andalucia. He is the creator of both the flag, the shield and the anthem of Andalucia.

Every February 28, the children eat bread with oil and sugar for breakfast in schools while Andalusia's history is explained to them. I think it is a different way to keep the traditions and history of the Andalusian people alive. 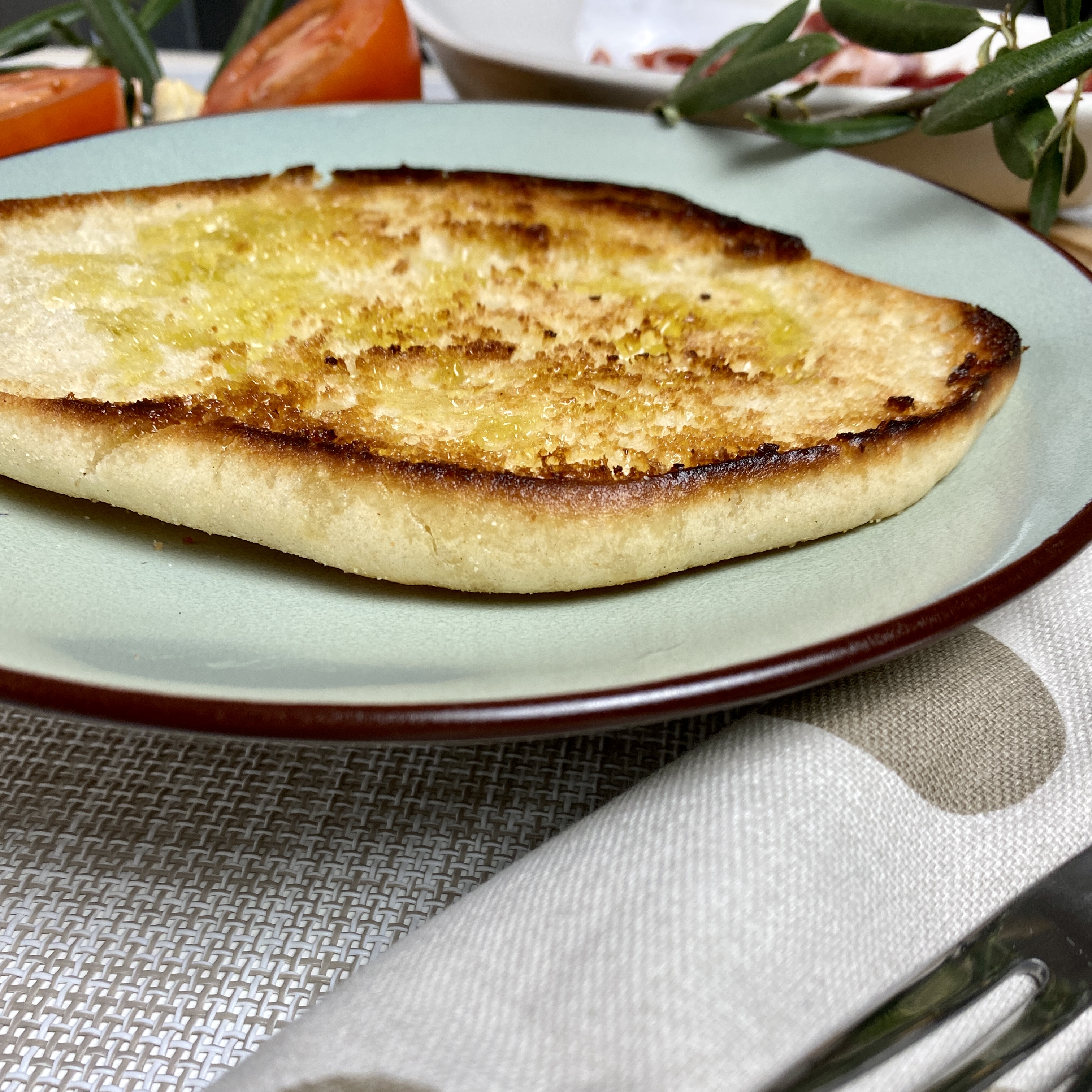 Without a doubt, the most remarkable tradition for me is the breakfast of bread and olive oil. When I was a child, in one of my first summers on the Costa del Sol, there was one thing that stuck in my memory. It was the typical Andalusian breakfast with the crispy toast of bread and the amazing taste and color of the olive oil.

And on top of everything if you put some tomato puree and "Jamón ibérico" is a very healthy and energetic way to begin your day.

I hope you will try this breakfast if you have the opportunity. Believe me, nothing better than starting the day on a terrace under the Sun with this delicacy on your table.
Happy Andalusian Day!

It is a pleasure for me to invite you to discover the best dishes and ingredients of Spanish cuisine. Receive my best Spanish recipes via e-mail

Latest entries of my blog

This week, I want to share a special vegan soup you've likely never heard of or tasted. This recipe is quick, easy, and inexpensive; you only need a selection of garden vegetables and hard bread from the day before as the original recipe.

The legend of the world's most dangerous hiking trail, El Caminito del Rey

After a busy Christmas with a lot of work in the kitchen, we start the year by taking some fresh air in this beautiful and impressive part of the Spanish geography. I have visited the Gaitanes gorge to show you one of the most incredible trails in Spain, called the Caminito del Rey.

Thistle with Almonds, a Christmas meal you may not know about

Christmas is approaching, and many people are considering what food to prepare for these special days to surprise and make their guests happy. And sometimes we are grateful for some ideas to cook a different healthy dish.

Learn how to make the traditional Spanish Pie "Empanada"

This week I return to the north of Spain to bring you another of its star recipes. This traditional dish, with countless versions, has been modified over time depending on each country's and region's typical products until it became what it is today.

This week I bring you one of my favourite traditional sweets. It is a fried dough ball made with flour, eggs, water, milk and butter, usually filled with whipped cream, custard, chocolate ganache or other creams or jams.

The most used spices in Spanish Cuisine

This week I am opening my pantry to show you my favourite spices. I will give you some examples and tips on how to use them to achieve a good balance of flavours in your dishes and make them successful.

The selection of these 12 old recipes of humble origin tries to show the more representatives products of my country. Enjoy!